Impact of the Internet on the Environment 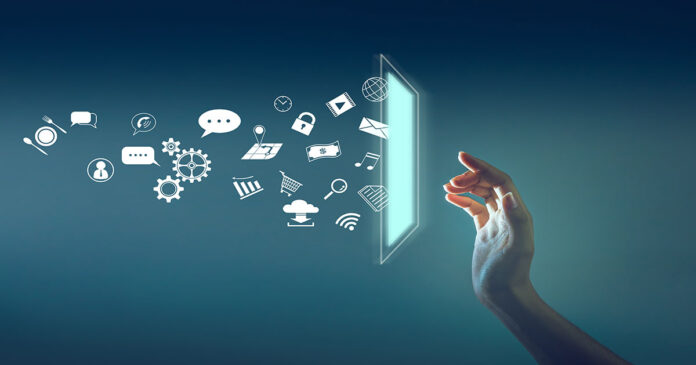 Everyone is familiar with the fact that air travel, food, vehicles, and energy providers being used at home are the typical contributors to carbon footprints. But does anyone know that the internet also has an impact on the environment, one way or the other, this article will explore this dilemma in detail. Sure, the provision of the internet is amazing, with hundreds of infrastructures built all over the country, running into people’s homes, spritzing network connections to nearby devices. But are you aware of the impact? Read on to find out.

Internet Impact on the Environment

The entire world went digital in the spring of 2020 when the COVID pandemic struck. Internet use became heavier as people invested their large part of the day in streaming movies, attending Zoom conference calls, online classes, and scrolling through online shopping. None of them can anticipate the kind of impact their heavy online activities had on the environment. A study conducted by Yale University researchers found that internet usage increased up to 40% overall since March 2020 when people were ordered to stay at home. As a result, 42.6 million megawatt-hours were used for providing electricity to support data transmission and data centers.

There are places containing servers, called data centers, and they store all our messages, emails, images, text, or any kind of information in the cloud (not the literal cloud, mind you). It might not seem possible that all the information on the internet might take a physical form, but it actually does. It is stored in the same data centers, which have hundreds of huge servers holding a large amount of data. These servers need a ton of energy to work all day, without taking any breaks, so that internet users can access their data whenever they want to. As a result, this is taking up a lot of electricity and generating heat, which, in turn, is leaving a huge carbon footprint. Internet service providers also have such big servers even while they are delivering internet connections to people’s homes – even the most widely available provider in the US that goes by the name of Xfinity. You can reach out to the Xfinity customer service team at https://www.localcabledeals.com/xfinity/customer-service to learn about what efforts are being made to reduce energy consumption by internet servers.

Let’s look at another example; video content is also the most energy-intensive activity on the internet. Online videos on the internet comprised 80% of data flow in 2018, while the remaining 20% were used for web browsing, video games, etc. These online videos include YouTube, Netflix, Hulu, Amazon Prime, etc., and other videos from social networking sites. Watching, downloading, uploading, etc. these videos result in a massive amount of data being stored. This also had an impact on the environment. A simple Google search might seem too menial, however, it also comes at a cost. An average Google search in a month is identical to around 5 million loads of laundry.

What Can Be Done?

There are some things that you can definitely do to minimize the negative impact of the internet on the environment. There is a process of data transference going on between your network connection and servers, every time you perform simple activities on the internet, such as browsing the web, sending an email, using apps on your devices, and saving your files on the cloud, etc. It takes up a lot of energy to make that happen. Such an impact on the individual level might seem too small, but when you take in multiple people or a whole room of people, it can mount to a large amount of energy being used. Hence, the following things can be followed, keeping in mind the amount of energy being used;

To sum up the environmental impact of the internet, along with powering homes and buildings, electricity is being used to power your computers and charge your laptops and phones. Electricity is also being used to host a separate system that stores your data and allows you to browse, stream, download, upload, etc. from your devices. An HD video will also use up more energy and have a bigger carbon footprint than your images or text. Lastly, carbon is also generated by the manufacturing, shipping, and breaking down of your devices.

How to Choose the Latest Movies in Online

How to Choose the Latest Movies in Online