History of the Poultry Sector in Pakistan 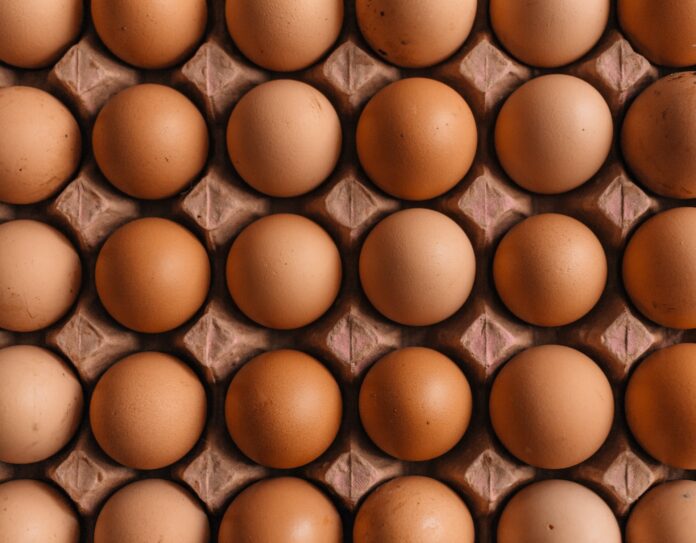 Until 1963, the native breed “Desi” was mostly farmed, with a maximum annual production of 73 eggs under local circumstances. In 1965-66, the University of Agriculture, Faisalabad’s department of Poultry Husbandry developed an improved breed called “Lyallpur Silver Black.” Under ideal husbandry and food circumstances, this breed’s layers may produce 150 eggs per year and acquire 1.4 kg of weight in 12 weeks.

Poultry was maintained as a backyard enterprise in Pakistan for family requirements. The need for commercial poultry was recognized in the early 1960s, and a national drive to increase feed product output was launched in 1963. The government announced a tax exemption scheme for revenue obtained from chicken farming as part of this effort. In Karachi, Pakistan International Airlines (PIA) and Shaver Poultry Breeding Farms of Canada opened the first commercial hatchery. Simultaneously, Lever Brothers (Pvt), Pakistan Ltd. opened a commercial chicken feed factory in Rahim Yar Khan, which was followed by other pioneers such as Arbor Acres Ltd.

The following growth of the poultry industry in Pakistan may be classified into four stages.

Early poultry businesses were backed by government programs that exempted poultry production from national tax levies and allowed companies to import genetically enhanced breeding stocks and equipment such as incubators during this time. The early history of the chicken business was influenced by a variety of catalytic influences.

Potential earnings in the business, technology availability, and supporting government regulations all contributed to the notion of a protein shortfall in the Pakistani diet. In Karachi, Pakistan’s government founded the Directorate of Chicken Production, which offered extension services to the country’s expanding number of producers. Emerging issues including growing feed prices, illness outbreaks, and customer preferences for Desi birds marked the industry’s early beginnings.

As chicken production grew in importance in Pakistan’s agricultural economy, the government established structures to support the burgeoning sector. The Federal Poultry Board was created to bring together government and industry in the layer and broiler industries. With the support of UNDP/FAO grants, the Poultry Research Institute provided research services. In Punjab, similar to Karachi, a Directorate of Poultry Development was founded. Chicken producers battled the negative impacts of government programs, such as the prohibition on its exports, as well as the implications of significant planning mistakes, such as the clustering of its farms without proper sanitation and health management. This period is marked by both the chicken industry’s greatest triumph and its worst failure. Diverted investments from the nationalization of other industries resulted in a huge growth in chicken output. At the same time, the clustering of production units resulted in massive disease outbreaks, and the absence of marketing facilities hampered industry expansion owing to the restriction on exporting chicken goods.

Sindh’s government used a strategy of giving estate land on ten-year leases to promote investment in chicken raising. At the same time, the nationalization of other sectors aided capital entrance into the business, resulting in a chicken output boom, notably in Punjab. From 624 million eggs in 1976 to 1223 million eggs in 1980, commercial egg output rose. During the same period, broiler output climbed from 7.2 million to 17.4 million chickens. Limited marketing channels compelled the growth in manufacturing volume. The discontinuance of chicken exports, disease concerns, high relative pricing of poultry feed, declining feed quality, and restricted availability of feed components all contributed to serious financial losses for poultry farming in Pakistan. On the suggestion of the Federal Poultry Board, poultry producers experiencing financial difficulties created the Pakistan Poultry Association in 1979.

Disease issues presented a severe danger to the industry’s further growth and consolidation. In 1984, the huge Karachi poultry estates started to shut, and a number of chicken farms in other parts of Sindh closed as well. During the early 1980s, production growth slowed or perhaps stopped, notably in Punjab, Baluchistan, and the NWFP. However, beginning in 1985, the business seemed to have readjusted, with a significant increase in poultry numbers, notably broilers. Faced with illness issues, poorer output, and a variety of environmental and climatic challenges, some of the country’s most successful chicken producers opted to produce under more modernized circumstances and locate their farms in cooler, less polluted areas. Breeding farms in Karachi and Punjab were therefore shifted to Abbottabad, the Murree Hills’ base, and the Quetta Valley. Breeders, broilers, and commercial layers were also housed in homes with controlled conditions.

Diseases wreaked havoc at this time, and in 1990, farmers, particularly broiler and broiler breeder bird producers, sustained significant losses owing to Hydro pericardium syndrome. Another illness, Gumboro, struck broiler, layer, and parent flock chicks in 1991-92, causing significant mortality. With the passage of time, attempts to limit the frequency of these illnesses and prophylaxes related to vaccination and bio-security were made, resulting in the formation of new medical firms and the beginning of the importation of vaccines from other countries. Poultry Research Institute, Veterinary Research Institute, and Agriculture University Faisalabad have all worked to minimize these illnesses at the national level.

In 1995, a new illness called Avian Influenza developed in Murree and Abbottabad, causing up to 80% mortality in parent flocks and posing a challenge to scientists at the national level. Following the adoption of significant loss measures that resulted in illness control, conferences on the diagnosis of this condition were held in which scientists addressed their points of view. Due to a lack of preparation, the parent flock expanded in quantity in 1996, causing a market slump and a drop in chick prices many times their cost of production. The crisis in the chicken market persisted in 1997 as a consequence of a restriction on providing lunch at wedding festivities, which lowered demand for poultry goods by 40%. Slowly, in 1998, things began to improve, and firms made a lot of money by raising the price of chicks. In 1999, a flu-like disease came out, causing widespread devastation in some regions while remaining safe in others. There are still several dangers to this business, one of which is the marketing of chicks to completed goods, which requires extensive preparation. Big corporations like Be Be Jan are thought to be able to assist lessen market volatility at the moment, but this may not be the case.

Where to Find Poultry Prices?

You can find the prices by searching, “chicken rate today” or some other related keyword. You can visit Lahore 42 News to see these prices.