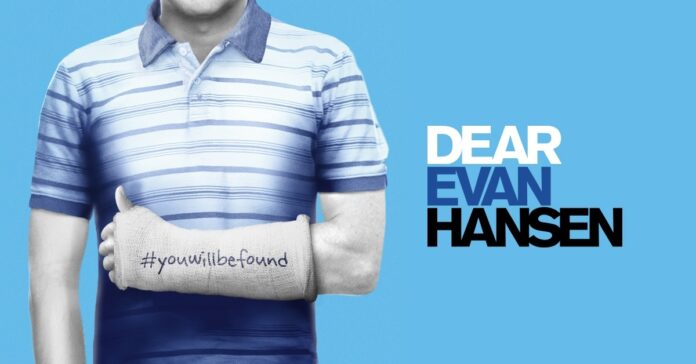 The Tony, Oscar, and Grammy Award-winning songwriters Justin Paul and Benj Pasek have written a wonderful new musical called Dear Evan Hansen. The story follows a high school senior, Evan Hansen, who suffers from social anxiety. The musical follows his journey as he invents a vital role in a tragic story.

The Tony, Oscar, and Grammy award-winning composers of Dear Evan Hansen Musical have written the music for the hit stage production. Their collaboration won them the 2017 Tony Award for Best Original Score. The show is a powerful and heartwarming tale of friendship and redemption. It’s an unforgettable musical experience that will stay with you for a long time.

They met at freshman orientation.

Pasek and Paul met during summer orientation in college. They both have come a long way since that day. Paul is a practicing Christian married to a journalist. They love to play piano and have performed in churches and children’s music classes. They are currently working on a Broadway bio-musical titled The Greatest Showman. The two have also been working on a live-action adaptation of Snow White.

Pasek and Paul live a block apart on the Upper West Side. They sought out mentors in the theater industry, including Lynn Ahrens and Stephen Flaherty, who worked on the music for “The Sound of Music.” The two also sought out Stephen Schwartz, a composer who worked on Godspell and Wicked’s hit shows. Schwartz taught them the importance of pure rhyme in songwriting and introduced them to a crucial concept.

They wrote Dogfight together.

The two men met while studying at the University of Michigan’s musical theater program. They first worked together as spear carriers in college shows but eventually turned their attention to songwriting. In their early years together, they wrote the “Edges” cycle of songs, which deal with the problems facing young people.

They were then introduced to Tim McDonald, working on a musical adaptation of the book James and the Giant Peach. This play premiered in 2010 and has since toured the country. They also collaborated on the musical version of A Christmas Story.

Tickets are on sale: https://www.tickets4musical.com/dear-evan-hansen-tickets

Pasek and Paul have had fruitful careers. In 2006, they won the Jonathan Larson Award for the best new songwriter. They have also contributed to films such as James and the Giant Peach and Smash. Their second Broadway musical, Dogfight, has received critical acclaim and won the Lucille Lortel Award for Best New Musical. Their other works include “A Christmas Story,” based on the popular film, which played during the holiday season and garnered a Tony nomination for Best Original Score.

They collaborated on Dear Evan Hansen.

The Broadway musical “Dear Evan Hansen” has become a cultural phenomenon. Written by Benj Pasek and Justin Paul, it tells the story of a boy named Evan Hansen, who struggles with social anxiety. He lies about his relationship with his classmate, who kills himself. This tragedy makes Evan realize that he is not alone and sets out to change his life.

They have performed on Broadway in the past year.

The musical is one of the most successful Broadway shows of the past year. It won six Tony Awards, including Best Musical. It also won the Drama Desk Award and an Obie Award for Best Score. It has been performed in many cities around the world.

Pasek and Paul first met in the summer before college. Their shared love of Jason Robert Brown and the song “Merrily We Roll Along” inspired them to collaborate. They have since worked on numerous projects, including Disney’s live-action version of Snow White and the Oscar-nominated City of Stars. They have many other projects, including an animated musical for Blue Sky Studios.