5 Most Famous South African Golfers of All Time 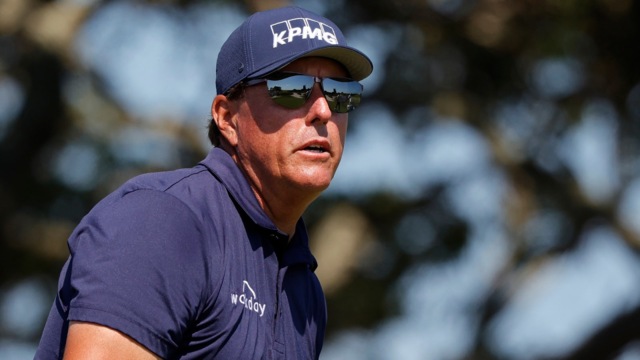 South Africa has a long history of producing great golfers, and this legacy continues today. With several professional golfers from South Africa making names for themselves on the international circuit, it is no surprise that the country is home to some of the best and most famous golfers in the world. This blog post will explore the five most famous South African golfers of all time, highlighting their achievements and the impact they have had on the sport. From legendary players like Gary Player to modern stars like Louis Oosthuizen, these five golfers have made an indelible mark on the history of golf.

As per The News Titan Gary Player is arguably the most famous South African golfer of all time. He is one of only five players in the history of golf to have won all four major championships – the Masters, U.S. Open, British Open and PGA Championship. Nicknamed “The Black Knight” due to his fondness for black clothing on the golf course, Player turned professional at the age of 17 and went on to become one of the greatest players of all time.

Player was also a successful businessman, designing more than 300 courses around the world and founding the Gary Player Group, a brand specializing in golf courses, property developments, and corporate events. He won 165 professional tournaments in his career and is now a member of the World Golf Hall of Fame. Player still plays golf regularly at the age of 83 and continues to be an influential figure in the game today.

Ernie Els, nicknamed “The Big Easy” is one of the most famous South African golfers of all time. He was born in South Africa and has won four major championships. He won the U.S. Open in 1994 and 1997 and The Open Championship in 2002 and 2012.

At 6’3″ tall, Els has a long, fluid swing that allows him to generate tremendous power off the tee. His ability to hit it long and accurately has earned him many accolades on the professional golf circuit. He has over 70 professional wins, including six World Golf Championships and 19 PGA Tour events.

Els is well known for his charitable work as well, having founded the Els for Autism Foundation in 2009 to help families affected by autism. He is also an active member of the Laureus Sport for Good Foundation, which provides sport-based development programs for underprivileged children around the world.

Overall, Ernie Els is undoubtedly one of the most successful and beloved South African golfers of all time. His accomplishments on the course are rivaled only by his philanthropic efforts off of it. His legacy will continue to inspire generations of golfers to come.

Retief Goosen is one of the most famous South African golfers of all time. Born in 1967, he has won two US Open Championships and numerous European Tour events. Goosen was inducted into the World Golf Hall of Fame in 2017.

Goosen went on to become one of the most consistent players on the European Tour and the PGA Tour. He has been ranked inside the top 10 of the Official World Golf Rankings several times and has won 21 professional tournaments worldwide.

Goosen also won the Order of Merit on the European Tour twice, in 2001 and 2002, and was named South African Sportsman of the Year in 2001. In addition to his success on the golf course, he is involved in several charitable activities. He started The Retief Goosen Foundation which helps underprivileged children in South Africa gain access to golf and other educational opportunities.

In conclusion, Retief Goosen is one of the most successful South African golfers of all time, having won two US Open Championships and numerous European Tour events. He was inducted into the World Golf Hall of Fame in 2017 and continues to give back to his community through his charitable activities.

Charl Schwartzel is a professional golfer from South Africa who is ranked in the top 40 players in the world. He won his first PGA Tour title at the 2011 Masters Tournament, becoming the first South African to do so. Schwartzel also achieved success on the European Tour, winning the 2008 Volvo China Open and the 2011 Alfred Dunhill Championship.

Schwartzel’s career began in 2001 when he turned professional after finishing second at the South African Amateur Championship. His first professional victory came in 2004 at the Vodacom Tour Championship. Since then, he has earned more than $20 million in career earnings, and has become one of the most successful South African golfers of all time.

Schwartzel’s success on the golf course has earned him a number of accolades, including being named South African Sportsman of the Year in 2011. He was also inducted into the World Golf Hall of Fame in 2019, becoming just the second South African golfer to do so.

Charl Schwartzel is a true South African golfing great, and his success on the international stage serves as an inspiration to many aspiring golfers in South Africa.

Louis Oosthuizen is one of the most successful and acclaimed South African golfers of all time. Born in Mossel Bay, South Africa in 1982, Oosthuizen has been a professional golfer since 2002. He has achieved tremendous success on the professional circuit, with numerous wins and top finishes at major tournaments.

In 2010, he won his first major championship when he took home the prestigious Claret Jug at the British Open. His performance at the British Open was exceptional, as he shot a final round score of 66 to earn a 7-stroke victory. In addition to this win, Oosthuizen has also won two PGA Tour events, two European Tour events, and one Sunshine Tour event.

In conclusion, Louis Oosthuizen is one of the most successful and renowned South African golfers of all time. From his numerous wins on the professional circuit to his many international successes, he is truly one of the best golfers that South Africa has ever produced.