THE REVOLUTION OF THE INTERNET OF THINGS 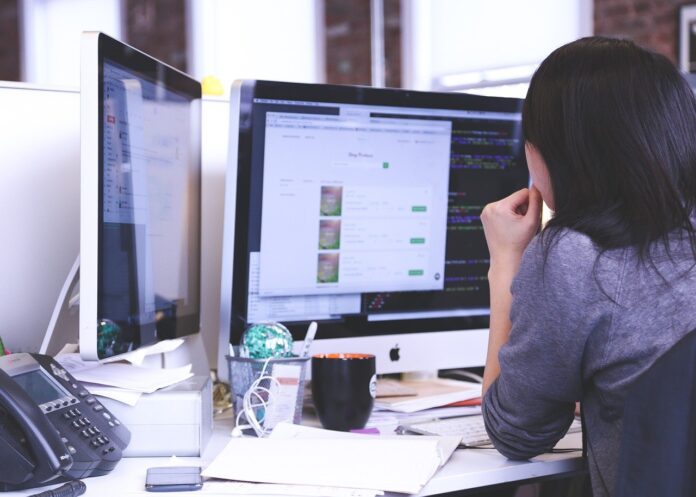 The so-called Internet of Things will change – and in fact it is already changing – the business of companies , including furniture stores in the area which, once upon a time, worked successfully giving the maximum exclusively through their windows and the quality of their products.

Let’s start with the definitions: the Internet of Things, or Internet of Things , is the neologism that refers to the extension of the Internet to the world of concrete objects and places. It was first introduced in 1999, but it is in recent years that its impact on the market is really getting noticed.

In fact, the Internet of Things represents the natural evolution of the network which, from a place of information exchange, is transformed into a virtual place where it is possible to interact in a real way with objects . In this new “global network”, objects become recognizable and become “smart”, intelligent, because they acquire the ability to communicate data about themselves .

Let’s take some practical examples of the Internet of Things:

Even for those who have always based their business on offline activities, such as a furniture craftsman, a single-brand or multi-brand retailer of interior design, an interior designer or a furniture showroom , the principle is that changing together with a changing market is the first rule to stay afloat . Renewing your business through the many tools developed by the network is therefore an inevitable imperative , to which it is highly not recommended not to respond.

Internet of Things: not only products change, but also the business model

The Internet of Things does not only apply to products, but also to the business model of those who market and offer them. If we look at the home automation sector, for example , the new generation of tools allows us to know much more customer data and habits than was possible through a “simple” network of distributors.

Inside a home, home automation transmits infinite information about its inhabitants , and interior design should be able to adjust itself accordingly , taking into account these increasingly widespread, increasingly popular, increasingly advanced specificities.

So ask yourself: how can an interior design company offer real added value to its customers through the very powerful value of the Internet of Things? How will it be able to offer services that were completely unthinkable until a few years ago, and now considered more and more useful?

So take into consideration the way in which new technologies are inviting you to change your business model: you will no longer have to focus on simply selling furniture , but rather on marketing services .

What your customers will want to furnish will no longer be a home, but a smart home . Those that were once simple domestic spaces, now live in a so-called “augmented reality” and rather become “living spaces”, with virtual technologies that become spatial , physically entering our environments and modifying their performance.

The Internet of Things, therefore, does not only involve the most obvious sectors – surveillance, telematics, robotics, avionics, home automation, biomedical – but also that which sees interior designers, engineers, architects, interior designers, furniture makers at work. who will have to literally rethink the environments they give life to .

Don’t take this great revolution as a problem: instead give it the value it really has, which is that of a great opportunity for evolution for both you and your business.

Think of it as the infinite possibility to create new habits and to explore home life, furniture, design in a whole new way. Therefore, the philosophy of living changes, but also the philosophy of selling living .

The future – but also the present – is made up of intelligent furniture capable of communicating with the inhabitants of the house, as well as of appliances that can be remotely controlled, of advanced furnishing accessories that know how to interact quickly and effectively with beings. humans. We are talking about smart homes , and it is therefore easy to understand how anyone who works in the furniture sector is specifically involved in this great industrial revolution.

In 2020 – in just under four years – the objects connected globally will be, according to estimates, as many as 30 billion . They will be intelligent objects with even decision-making skills, they will facilitate man-machine communication, they will increase the percentage of problem solving, they will significantly increase energy savings.