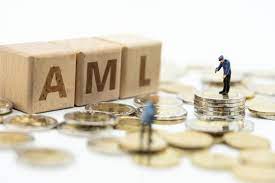 The world is transforming, evident from the present scenarios but these are not the sole changes, fraudulent threats are accelerated alongside. Similarly, money laundering is on the rise evident from the instance when the Swedish Bank was fined a hefty amount of $170 million because of AML compliance failure. With the increase in digital monetary processing and fewer face-to-face interactions, there are various loopholes left open for criminals. However, on the contrary, central authorities are revamping regulations for every industry while making constant changes in the standards.

Furthermore, anti-money laundering (AML) and combatting terrorist financing (CTF) are ranked as the priority as compliances by both local authorities and global legislation. Mitigating AML/CTF-related threats entails employing a risk-based solution to detect, monitor, prevent, and report suspicious activities. A detailed guide to global regulations is provided next on.

Anti-Money Laundering Regulations from Around the Globe

Authorities are coming up with constant amendments in regulatory frameworks, including thorough scans against sanctioned entities and Politically Exposed Persons (PEP) lists. Hence, digital AML screening technology has become mandatory for every industry to ensure compliance as traditional methods are deemed inefficient.

Due Diligence for Customers (CDD) in Financial Institutions

KYC alongside document verification is intertwined and carried out by platforms to authenticate customers. The “4th AML Directive,” from the EU, established important stances on preventing money laundering and countering terrorist financing. These include obligating financial industries to carry out AML verification by asking for identity documents and collecting the necessary information.

Moving on, Article 13 of Chapter II documented several regulations regarding Customer Due Diligence (CDD). As per these, the methods should involve customers identification and documents verification.

AML Regualtions in the EU

European Union is well known for its AML compliance regulations. As per the standards, identity verification is mandatory for banks and every other financial industry to prevent money laundering, screen fraud, and detect illegal actions in time. Know Your Customer (KYC) refers to the validation of customers’ identities while scanning their genuine documents. This way financial institutions can predict if or not the customers were involved in any previous monetary misconduct.

Furthermore, it KYC verification process enables industries to ensure they are not exposed to identity theft, money laundering, or financing terrorism.

AML Regulations in the UK

However, the UK can not enforce EU AMLDs. UK AML laws are most expected to adopt European Union AML standards. The AML law of the UK has the following primary components:

AML Regulations in the US

The prime laws for AML security in the United States have transformed over time beginning from the 1970’s Bank Secrecy Act (BSA) to the Money Laundering Control Act, of 1986. Furthermore, other amendments include 2013’s virtual currency providers standards and the Customers Due Diligence (CDD) regulations. As per these, financial institutions are mandated to ensure AML compliance while conducting customers’ identity verification.

By the end of 2020, the US put forth a series of regulations such as a national beneficial owner register and whistleblower prevention. These have bought the states in line with EU-approved laws. Furthermore, other regulations include increased fines mandated by Anti-Money Laundering Act (AMLA).

What Transformation are Experienced by the Set Standards?

Financial institutions were mandated to conform by the 2020’s 6AMLD at the end of June 2021. Supporting and following these are the new AML screening regulations for 2024.

There are several amendments made in 2017’s Money Laundering, Terrorist Financing, and Funds Transfer Standards. Therefore, Ghana is no more included as a high-risk nation while placing Haiti, Malta, and the Philippines, on this very list.

To sum up, it is evident from the previously mentioned facts and regulations that monitoring and detecting suspicious activities is critical for AML compliance. Therefore, financial institutions should improve their processes, while employing effective and efficient digital solutions to combat AML/CTF risks. And as the regulations mandate, institutions can not leave the AML and CTF unattended. Otherwise, the respective sector, as well as the whole economy, will be exposed to a significant fall in reputation.