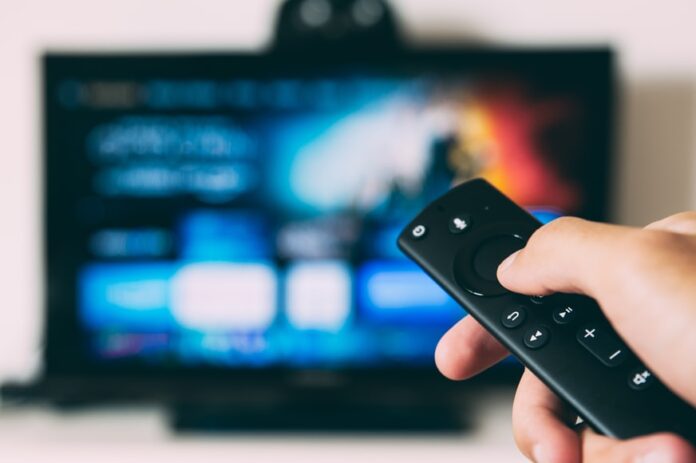 If you thought 2021 was a big year for fantastic television, you haven’t seen anything yet. Over the next 12 months, the small screen schedule for 2022 is already looking wonderful, with a wealth of new original series, adaptations, and returning favorites. There is an abundance of content coming this year, and the 6streams scene will only grow more intense and unwieldy as well.

So here are a few shows to watch out for in 2022 to help you get pumped for the televisual pleasures to come.

The distinction between TV and cinema begins to blur here. Stranger Things’ huge success is far more cinematic, not only in terms of the number of episodes but also in terms of the structure of each one.

Stranger Things plays like a series of parts rather than individual episodes, and binging it is more like reading a great novel in one day than watching a bunch of TV at once. Furthermore, the show’s creators, brothers Matt and Ross Duffer, regard each season as more of a film than a television series, making it the most rewarding binge-watch.

Even if the last episode leaves room for additional speculation, the first two seasons each have a distinct beginning and end. The previous installment of this program will be released in two parts, with the first on May 27, 2022, and the second five weeks later on July 1, 2022.

The Witcher is an incredible rollercoaster and a half. The fantasy series is unbelievable and is a delicate mix of Lord of the Rings and Game of Thrones. Furthermore, it doesn’t take itself too seriously, embracing all facets of fantasy narrative with gusto, including entertaining side quests, POV combat, and even a bard accompanying Henry Cavill’s titular human/creature hybrid throughout, singing songs about his triumphs.

Three stories converge in the first season of the show: Cavill’s Witcher is a monster hunter-for-hire who starts to wonder why so many princesses are turning into monsters; Yennefer of Vengerberg, played by Anya Chalotra, is a strong sorceress in training who battles to control her emotions, and Princess Ciri (Freya Allan) who is fleeing her city after it has been destroyed, but she has her secrets – no spoilers!

The Witcher is a wonderful binge-watching program, rich in mythology and world-building but still intriguing.

One of the most ambitious and emotionally powerful science-fiction shows in recent memory, Foundation, is unlike any other series. It tackled a challenging feat in adapting Isaac Asimov’s novel, which many thought was impossible. It doesn’t shy away from the headier ideas as it embraces the hard sci-fi elements of its source material.

With that in mind, it’s also utterly captivating to see unfold in such an expressive manner. As it struggles to cope with these concepts, it also produces a visually stunning spectacle that’s both terrifying and inspirational.

Starting with the statement that the world is about to end and unfolding from there, it represents a future that may appear far away but is considerably closer in its crisis than we may think. It’s complex in a good manner, giving you something to chew on before the show’s next season premieres. You can catch it with an Apple TV+ Free Trial if you don’t want to get a subscription.

Euphoria is another series where you want to watch more no matter how many episodes you’ve seen. The drama follows a group of kids as they battle through high school and is based on an Israeli television series.

Of course, these youngsters are confronted with more than simply challenging examinations and unfulfilled romances. In the bleak high school world, Ruby “Rue” Bennett (Zendaya) struggles to find her place in the world while struggling with drugs, sex, identity crisis, and even murder.

It’s impossible not to cringe at the characters’ decisions to get through some of their most trying years. The photography, soundtrack, and plot, as well as the incredible performances by the actors, will keep you glued to your seats even though the issues raised are sometimes tough to address.

There are no obvious reasons why Severance as a show would work so well. Every aspect of the sci-fi thriller, from the finely honed acting to the evocatively low-key soundtrack to the show’s idea, seems like a high-wire act, a sequence of plates spinning atop sticks while remaining perfectly balanced.

Lumon Industries’ universe is psychedelic and methodical, like an Escher painting come to life, in which people are permitted (or, more disturbingly, compelled) to separate their work and home identities.

After all, save from the fact that you’re the same person, what do your professional and personal lives have in common? As Severance demonstrates how dissimilar those interests are, the end effect becomes increasingly terrifying. It masterfully reminds you of what is truly lost even in the perfect work-life balance.

Television seems to be doing a lot these days, which isn’t surprising. There is usually a new series available every week, a continuation of a much-anticipated series, or maybe a high profile of a limited series. This list comprises some of the best shows you can catch up on in 2022. They’re only a little piece of a much larger pie, but that piece will keep you eager for whatever television has in store for you next.