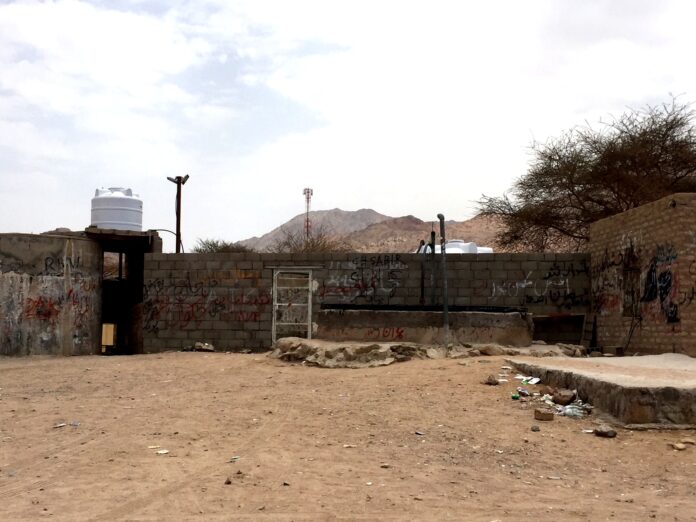 Saudi Arabia, the birthplace of Islam is a desert country in southwestern Asia that occupies most of the Arabian Peninsula. It has the largest land area of more than two million km² and a population of 34.8 million people. Saudi Arabia is the largest Arab state in land area and the fourth largest in terms of population. The largest cities of Saudi Arabia are also the most populous and some also have a large land area. Most Saudi Arabian cities have a historic & religious relevance along with a modern outlook. Over the years the country has evolved its technology, and infrastructure building modern cities with amazing skyscrapers making it a popular tourist destination.

Here are listed the 10 largest Saudi Arabia cities, and what makes them the key attractions among local and international tourists.

The capital city of Saudi Arabia is Riyadh. It ranks first on the list of the largest cities in Saudi Arabia. The city is the center of government; ministries, embassies, and diplomatic missions, as well as It, contains educational, financial, agricultural, cultural, technical, commercial, and social organizations. The city has a population of over two million and a total inhabited area of more than 1,600km. The main tourist places to visit in Riyadh are Kingdom Centre Tower, Masmak Citadel, National Museum, Ad-Diriyah, and Riyadh Zoo.

The first holy city for Muslims Makkah has many other names such as Umm Al-Qura, Al-Balad Al-Amen (Secure City), and Al-Balad Al-Haram (Holy City). Makkah is the birth City of Prophet Mohammad (peace be upon him). It is when Revelation was descended to him with the Holy Quran, and the propagation of Islam was launched.

Makkah houses the first house of God at its center. Masjid Al Haram houses the Holy Kaaba, which is the main center of worship for Muslims across the globe. They come in large numbers to perform the holy pilgrimages of Hajj and Umrah.  The other places of religious significance in and around Makkah are Zamzam well, the hills of Safa, and Marwah where Muslims perform rituals of Sai. The other holy shrine is Mount Arafat where pilgrims spend the day of Arafah every year as the main ritual of Hajj (pilgrimage).

Madinah is the second holy city for Muslims. It is known by many other names such as Taibah, Yathrib, the City of the Messenger, and Dar Al-Hijra i.e. Home of Immigration. It is believed that it is this city where the Prophet established the religion of Islam upon his migration from Makkah. A significant religious site in Madinah for Muslims is Al-Masjid an-Nabawi or Mosque of the Prophet. This mosque is believed to have been constructed by the holy Prophet and is also his burial place. The other religious & historical places in Madinah are Masjid al-Qiblatayn, Quba Mosque, Mount Uhud, Wadi e Jinn, and Jannat-al-Baqi.

Jeddah is Saudi Arabia’s second-largest city in the Kingdom of Saudi Arabia. This city in western Saudi Arabia has a population of approximately 3,400,000. It is known to be a major commercial center of the country. Jeddah is also the entry gate from where the pilgrims traveling by sea or air enter the Kingdom.

Dammam is an important part of the Arab Gulf east of Saudi Arabia. It is the largest town in the eastern region, expanding towards the other two modern towns of Al-Khobar and Dhahran. Located near Dammam city are the most important centers in the world for the production and refining of petroleum. The popular places of attraction in the city are King Fahd Park, The Coastal Sports Center, Half Moon Beach, and Al Khaleej Makarim Village

This city is one of the three main cities in the Eastern Province, the others being Dammam and Dhahran. Previously Al-Khobar was a small port on the Arabian Gulf that was mainly inhabited by fishermen. The Discovery of oil has eventually transformed it into an industrial port. The city serves as the center point for the area’s export-import activity and is a transit point for goods that are distributed throughout the Kingdom. Making it an important commercial hub of the Eastern Province. The main branches of all the country’s major banks as well as fine hotels, some along its picturesque corniche are located in the city.

Taif is a resort city in the western part of the Kingdom of Saudi Arabia. This city is famous for its gardens and good quality agricultural production top of which are grapes, pomegranates, and honey. A modern network of roads links Taif to other important cities like Makkah, Madinah, and the capital city of Riyadh. The city is visited by thousands of tourists from the Kingdom and other Arab Gulf states in the summer season. They enjoy the green scenery around the resort and beautiful parks. The largest park covering an area of 175 square kilometers is King Fahd Park. There are other famous resorts near Taif are Al-Shifa and Al-Hada.

Spread over an area of 104,000 square kilometers, Tabuk is the provincial capital and headquarters of the Governor of the Tabuk Region in northwestern Saudi Arabia. Over the years, Tabuk became famous for its agricultural products, particularly flowers. The famous historic monuments of Tabuk include the mosque where the Prophet performed his prayers during the battle of Tabuk. The other important archeological sites in and around Tabuk are Al Khuraibah, Rawwafa, Al Muwailih, Al Muzim, and Taima. They are famous for historic palaces and fortresses, wells, resting places, and water wells.

Buraydah is the capital and largest city of the Al-Qassim Region in the north-central of Saudi Arabia. The city is a famous tourist destination because of its ideal location. It is located at the very center of the Kingdom of Saudi Arabia which makes the city well connected to all other regions of the country. Also known as the city of dates, the city is also an agricultural hub. It is popular for its high-quality dates and the annual date festival.  With abundant farms and orchards, and many festivals and events that are organized. The city attracts many tourists throughout the year.

Dhahran is among the main cities in the Eastern Province of the Kingdom of Saudi Arabia. It is the main center of the oil industry in the kingdom. The population of the city is 240,742 and is well connected with the rest of the Kingdom.

Saudi Arabia thus has many big as well as beautiful cities with many tourist attractions. All this makes the country a worth visit.

What to do before sending an iPhone to an Apple Store in Cedar Falls?